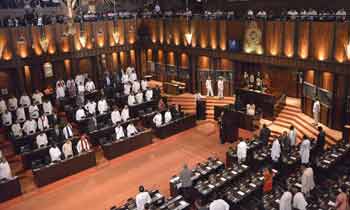 There has been undocumented bond sales by various government and semi government institutions worth worth Rs.1,043 billion up to 2015, the Committee on Public Accounts (COPA) said in its report submitted Parliament today.

This was revealed by the special investigation carried out by COPA on the controversial bond sale in January 2015.