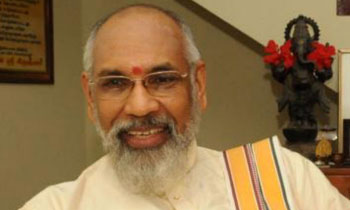 Chief Minister of the Northern Province C. V. Wigneswaran had been informed by the United Nations and the European Union that they had pledged their cooperation to promote reconciliation between all communities in Sri Lanka.

Coordinator to the United Nations Una Makoli and Ambassador of the European Union Toolai Margue had indicated this during a meeting with the Chief Minister on their tour of Jaffna on Wednesday (15).

The visiting delegates had a lengthy discussion with the Chief Minister on the present political situation of Sri Lanka and also the affairs of the Northern Provincial Council. Among the matters that had been discussed was the necessity of a power sharing through the new constitution and also the additional powers the Northern Provincial council would be vested with.

The delegates during their visit to Jaffna also outlined the manner in which the UN and the EU would allocate aid and assistance for the development of the North by processing the funds through the Sri Lankan government.

In his reply the Chief Minister stated that much thought should be put into whether the people of the North are aware of the steps taken by the government towards the development of reconciliation, the delay in the setting up the office of Missing Persons and also the lack of progress in the political decisions taken by the government. (Romesh Madushanka)