You are here: Home / Breaking News / UK flight ban on devices to be announced – Daily Mirror 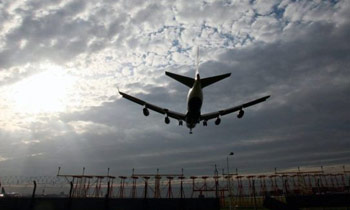 The UK is due to announce a cabin baggage ban on laptops, tablets and DVD players on certain passenger flights, after a similar US move.

It is understood the UK restrictions may differ from the US Department of Homeland Security’s ban, although details have not yet been released.

Flights on nine airlines from 10 airports in eight Muslim-majority countries are subject to the US move.

US officials said bombs could be hidden in a series of devices.

The UK’s Department for Transport refused to comment on reports of the ban.

But BBC home affairs correspondent Daniel Sandford says the expected move is “obviously part of co-ordinated action with the US”.

The attempted downing of an airliner in Somalia last year was linked to a laptop device, and it appears the security precautions are an attempt to stop similar incidents, our correspondent added.

He said – like the US ban – large electronic devices including laptops, tablets and DVD players would not be permitted in aircraft cabins but would be allowed in checked baggage.

Phones are exempt from the US restrictions.

Passengers on some 50 flights a day from some of the busiest hubs in the Middle East, Turkey and North Africa would be required to follow the new US rules.

They have been given 96 hours, beginning at 07:00 GMT on Tuesday, to ban devices bigger than a mobile phone or smartphone from cabins, US officials said, adding that the ban had no end date.

The Turkish government has said the US ban is wrong and should be reversed.

The Department of Homeland Security said extremists were seeking “innovative methods” to bring down jets.

In a statement, it said the US government was “concerned about terrorists’ ongoing interest in targeting commercial aviation, including transportation hubs over the past two years”.

Citing the Somalia incident in February 2016, as well as the 2015 downing of a Russian airline in Egypt and attacks at airports in Brussels and Istanbul, it added: “Evaluated intelligence indicates that terrorist groups continue to target commercial aviation, to include smuggling explosive devices in various consumer items. (BBC)