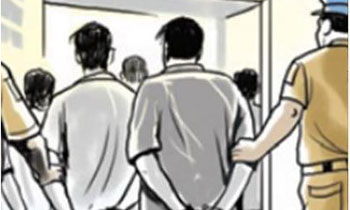 Immigration officials caught the eight, including two women, from boarding gates at the international and domestic sections of Terminal 2 last Friday.

After questioning them for four days, immigration officials learnt that the UK nationals, aged 27-56, had joined the human trafficking ring to help the Lankans reach London. Apparently, entering the UK and working there using a Lankan passport is tough, said police sources, and so the four Lankans had opted for forged Indian passports.

The Lankans had reached the boarding gate of their Mumbai-London flight skipping immigration. The police suspect an airport insider’s hand. Two agents who facilitated the deal, one from Mumbai and the other a Lankan, are wanted.

The police say this could be the tip of the iceberg and perhaps a big racket is going on via the city airport whereby foreigners are offered tour packages and called to India so that their identities could be used to help others to fly overseas.

All eight arrested persons did not initially realize the seriousness of the case till they were produced before an Andheri court on Wednesday afternoon. Public prosecutor Neeta Pasarkar explained to Judge JS Mali that the UK and Lankan nationals were introduced to each other by the two agents (Rajan from Mumbai and Logarajan from Lanka), who arranged the forged Indian passports. “The UK nationals gave boarding passes bearing their names for a Mumbai-London flight to the Lankans, who gave the Britons boarding passes for a Mumbai-Ahmedabad flight. In the fake Indian passports, now seized, the agents had used the UK nationals’ names for the Lankans,” said Pasarkar.

The police say that once the agents are arrested, questions about the crime’s complicated modus operandi can be answered.

Explaining the offence, Pasarkar said the Lankans—Kannathasan Karththeepan (26), Gajan Chandrabalan (31), Kandasamy Kaveenthiri (26), and Aruna Shuthakaran (34) —landed at the airport along with the Lankan agent (Logarajan) on March 9. They were received by agent Rajan, who arranged their stay at a nearby star hotel. The next day, the agents introduced the Lankans to their British counterparts—Bower Oliver (27), Quillian Alan (43), Fivehats Captain (56; sic), and Julie Ann (36).

The Lankans were busted when immigration officials received a tip-off that a few foreigners had managed to skip immigration check and had directly reached boarding gate No 78. “The officials alerted all boarding gates and asked them to check all flyers thoroughly,” said a police officer. “Ultimately, personnel at gate 78 stopped the Lankans upon getting suspicious seeing the very British-sounding names on their boarding passes.”