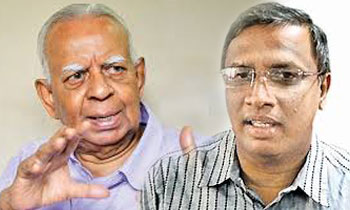 The Tamil National Alliance (TNA), the main opposition in Parliament, is reportedly divided over its stance on the move underway in the United National Human Rights Council to grant the Government a two-year extension to implement the resolution adopted in 2015.

Ten TNA MPs have signed a letter sent to the UNHRC asking it not to grant such an extension. However, TNA Leader R. Sampanthan was said to be opposed to the letter being sent to the UNHRC. In this view, Mr. Sampanthan is supported by MPs M.A. Sumanthiran, Mavai Senathirajah, Srinesan, Shanthi Sriskantharajah and K Kodeswaran.

The TNA consits of four Tamil parties — the EPRLF, ITAK, TELO and PLOTE. Among them, the ITAK, to which Mr. Sampanthan belongs, is the dominant ally. However, some ITAK MPs are also known to have signed the letter.

The UN Human Rights Office, in its report on Sri Lanka, raised concerns about the slow pace in ensuring transitional justice in Sri Lanka.

“At least three MPs belonging to the Tamil National Alliance have not signed this letter though some 8 to 11 MPs who are of the view that no further time should be granted to the Sri Lankan Government to implement Resolution 30/1 of October 2015 are reported to have signed this letter.” Mr. Sumanthiran said.

He said these MPs had informed the Party that their names appear as signatories despite the fact that they had expressly refused to sign it.