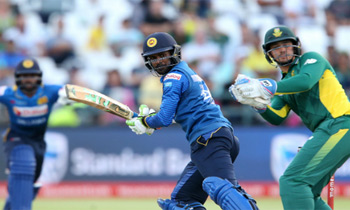 Sri Lanka’s stand-in captain Upul Tharanga has been suspended for two matches due to his team’s slow over rate in Saturday’s Champions Trophy game against South Africa, the International Cricket Council said.

Sri Lanka completed their 50 overs more than half an hour behind schedule during the 96-run defeat by the South Africans at The Oval.

“Tharanga pleaded guilty to the offence and accepted the proposed sanction, so there was no need for a formal hearing,” the ICC said in a statement.

Tharanga, deputising as captain for the injured Angelo Mathews, will miss Sri Lanka’s remaining Group B matches against India and Pakistan.(Reuters)