You are here: Home / Breaking News / Strong monopoly regulations a must if Sri Lanka to be international centre of excellence: Part II 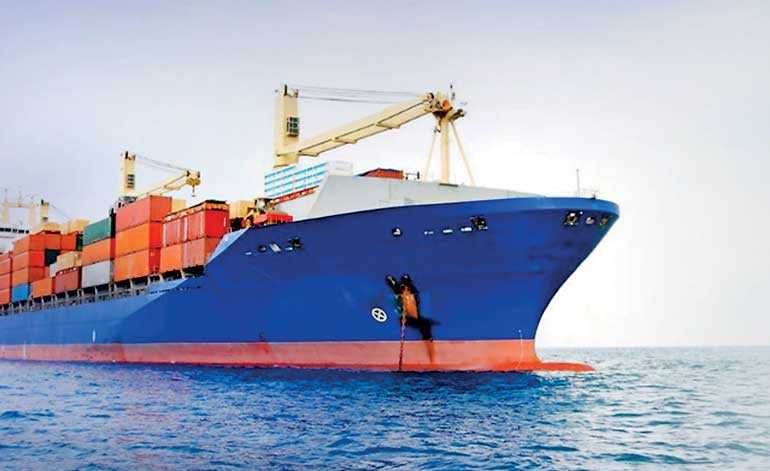 By The Fair Trader

Clear evidence of the intention of monopolistic behaviour further exposed

Monopolistic behaviour does not happen overnight: it’s a gradual acquisition of competing forces, and gaining control of the larger market share, in most instances. This action may be through direct control or indirect control of a market share. Most monopolistic conditions first become oligopolistic structures in nature. In this instance, CASA has around 129 members, and a clear majority are Non-vessel Operating Container Carriers (NVOCC’s) and small operators, who depend on the global alliances ships, whose agencies are controlled by 2-3 very large agent houses who call the shots and control the local market. The remedy is requested from Courts as the Ports and Shipping Minister has failed to investigate this, as is his duty in order to ensure all 129 members’ interests are secured, to ensure market competition and secure consumer rights for the present and the future.

However, one of the intervening parities have clearly submitted the following to the Courts as an objection, as they don’t want other CASA members to be part of the global business alliances:

nCA writ 368/2017 – Intervenient – Petitioner point 33: “The Change in the international trends in shipping/liner business as depicted herein had compelled the local agents in many countries including in Sri Lanka to intra-alia form joint ventures and/or amalgamate their existing agency business with existing market players to secure its agency which would otherwise be taken by several other shipping agents in Sri Lanka.”

Interesting, isn’t it? “Compelled”, because the domestic law is not geared to service such international changes, and thus pushed the local industry towards monopolistic behaviour and permitted acquisition to the able/powerful, without studying the impact to the local industry, and eliminated other agents as per the current weak legal environment in terms of holding global alliance capacity.

As pointed out in Part I of the article, the question asked by MP Vasudeva Nanayakkara, a legislator elected to Parliament in the public interest, is the same. He requests the Shipping Minister to exercise his power under the directions given to him through the Presidential Gazette, to make the local shipping market more open and competitive, and allow many more players to be in the market, without allowing the companies who have the financial and political muscle to gobble up the others, which will harm the interest of the consumer or other agents, as global shipping lines are forming alliances for asset sharing etc.

The exporters of Sri Lanka are well organised into sectors. Anyone has the freedom to ask any question from these professional associations, including the simple question, “Is it good to strengthen monopoly laws in the land that they are living in?” They may seek redress for this question from the National Chamber of Exporters, Exporters Associations of Sri Lanka, Joint Apparel Association Forum, Tea Exporters Association, Rubber Exporters, SME Chamber of Exporters, etc. They may also finally, seek assistance from the Sri Lanka Shippers’ Council, if the actions of cartel-like behaviour is accepted, as they have written many columns on how the local shippers have suffered for decades due to anti-competitive actions introduced by strong CASA members, and finally got redress from former finance secretary Dr. P.B. Jayasundara, by introducing laws that gives accountability for freight charged. This is a legislation that is supported by the present Government that was elected in 2015, too. What the exporter should ask is, what is the guarantee they have that monopolistic behaviour will not take place, given the mergers and takeovers of the local shipping agents, who are at the same time against liberalisation of the sector for better competition? CASA not only oppose shipping liberalisation, but logistics liberalisations as well, when the custodians of the sector, Sri Lanka Logistics & Freight Forwarders (SLLFFA), has publicly welcomed the liberalisation process with checks and balances, after doing a survey through its members.

Shipping lines, agents, distributors or apparel buyers don’t decide if an industry is monopolistic in nature. It’s the duty of the State, which is the custodian of the citizen and the consumer, which looks at an industry and says a shareholder cannot hold more than a certain percentage in the public interest. A good example is banking in Sri Lanka, where there is a 10% cap, which may go up to 15% to diversify the business purposes, with the permission of the regulator, the Central Bank of Sri Lanka.

What is monopolistic behaviour?

The readers must understand how competition bodies across the world study and bring laws on monopolistic behaviour. It is simply based on how the consumer, or the service user, will be affected by the market share controlled by a particular business segment (like the banks in Sri Lanka). For example, if a particular product or service is controlled by one or two companies by acquiring over 50% of the sector, then the regulators have to look at the consequences, and set the laws in the public interest.

These are the laws that need to be enforced and strengthened in an evolving free economy like Sri Lanka, to keep its citizens safe against a few who have now openly shown their guilt to the whole world. This is exactly the duty given to the Ministry of Ports and Shipping and its subject Minister by the President, in the case of stopping monopolies being created which can control more than 10% or 15% of the freight market, by having the global alliances information under one roof. What is needed in the shipping industry is a cap of 10%, similar to that of the banking industry, on any shipping agency who can hold the freight space of the global alliances.

Consider if a domestic distributing/retailing company or a super market chain starts gobbling up all the retailers to stifle competition and controls the distribution, thereby affecting the consumer pricing and service, then the question may arise if the distributor is monopolising the local segment of the business. On the flip side, if a global giant such as an apparel sourcing company in US is monopolising and affecting its customers in the US, then it is up to the US Government and the consumer protection authority to address that situation.

Sometimes when knee jerk reactions come with godforsaken theories, you wonder whether to laugh or to cry. But attempts are made by wolves in sheep’s clothing to distort the facts, such as a guilty party acting as an exporter! Hopefully a small lesson may be useful to guilty parties, if they are planning to monopolise the local shipping market.

In conclusion, this article is to educate the public, and not an attempt to explain to ‘fool’s gold’ and react to a ‘load of cobblers’ who only have one agenda, i.e. to make money at any cost to the country and its people. The question remains to the wolf in sheep’s clothing, are you against the strengthening of regulatory framework to stop monopolies being created, as instructed by a Presidential Gazette? It’s certainly not a joke to ignore what the Ministry or the subject Minister is doing and saying, as their job is to protect the country’s interest against the individual selfish interest.