London (REUTERS): Sri Lanka plans to put two state-owned hotel companies up for sale within the next six months in a sale that could raise US $ 500 million for the island nation as it seeks to bolster its finances, the finance minister said on Tuesday. 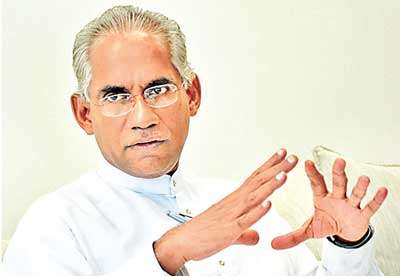 “We’re going through the legal hoops of preparing (the sales),” Finance State Minister Eran Wickramaratne said in an interview.
“It will maybe take six months to get over that.”

The government began a search for investors in January for Grand Hyatt Colombo and for a 51 percent stake in a five-star hotel in the capital Colombo that Hilton International runs under a management contract.

Talks with private equity firm TPG Capital, the sole bidder in a previous push to sell the carrier, collapsed last year during due diligence.

“We are going through an internal restructuring again and we may have to make a different offering in a different structure,” Wickramaratne said.
“I’m expecting in the next few months that it will be open for people to express interest”.

Since 2015, the government of the US $ 87 billion economy has introduced fiscal and monetary policy measures including tax reforms and a flexible currency exchange rate.

But Sri Lanka has struggled to overhaul major state-owned enterprises including its airline due to a lack of funds and protests by trade unions.
The International Monetary Fund urged the country in June to strengthen governance and transparency at state firms.