You are here: Home / Breaking News / Sri Lanka in talks with China for $ 1 b loan 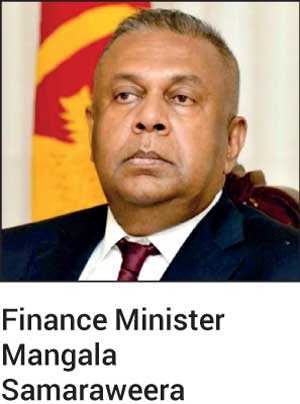 COLOMBO, AFP: Sri Lanka is seeking a loan of nearly $ 1 billion from China for energy and highways as the island recovers from the devastating Easter Sunday bombings, the Finance Ministry said on Thursday.

Talks are underway with China’s Asian Infrastructure Investment Bank (AIIB) to raise the new loan in addition to the $ 1.2 billion obtained from international agencies this year, the Ministry said.

“We have been discussing with the AIIB to obtain nearly an additional $ 1,000 million for further development of the Power and Highway sectors,” the Ministry quoted Finance Minister Mangala Samaraweera.

Unable to service its loans, the Government of Prime Minister Ranil Wickremesinghe leased a Chinese-built port at Hambantota to a Beijing company for $ 1.12 billion in 2017.

Samaraweera said the country was able to maintain economic stability despite the 21 April attacks that killed at least 258 people at three churches and three luxury hotels.

The Government expects tourism to decline 30% this year as a result of the suicide bombings. The loss of revenue has been estimated at $ 1.5 billion.

The Minister’s remarks came as the census department said the country’s economic growth in the first quarter of this year was 3.7% – better than the 3.5% forecast by the authorities.

Last month, the Central Bank of Sri Lanka cut its main lending rate by 50 basis points to 8.5% to encourage borrowing and mitigate any fallout from the bombings.

45 foreigners were among the dead from the 21 April suicide attacks and nearly 500 people were wounded.

The Government has begun subsidising loans to hotels which were already suffering a declining in foreign guests following last year’s political crisis.

The country had plunged into turmoil in October when President Maithripala Sirisena sacked his Prime Minister Ranil Wickremesinghe and called fresh elections.

However, the Supreme Court held that the President’s actions were illegal and restored the status quo. But, three international credit rating agencies downgraded the country’s debt making it more expensive to borrow abroad.

Official figures show that Sri Lanka will have to repay a record $ 5.9 billion in foreign loans in 2019. Officials say about two-thirds of it has already been paid.