â€œDuty. Honour. Country. These three hallowed words reverently indicate what you ought to be, what you can be and what you will beâ€ 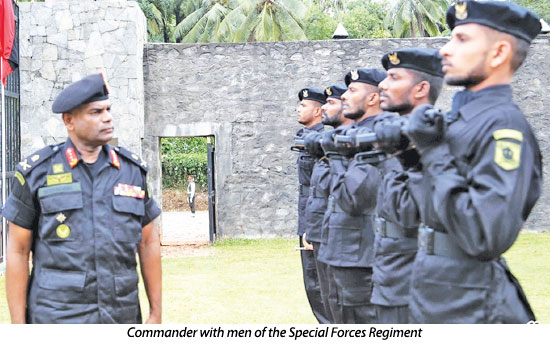 The military history of ancient Ceylon is filled with episodes of invasions and how they were repulsed with resilience and indomitable gallantry. The first recorded military engagement unfolded on our serene beaches with the arrival of the banished Prince Vijaya. Our ancient monarchs who excelled in the theatre of combat were King Dutugemunu, Gajabahu, Dhatusena and Vijayabahu. Historical records indicate how the legendary ruler, King Parakramabahu 1 mounted a major military sea borne offensive against Myanmar, using a detachment of elephant mounted troops whose presence had sent the enemy running in all directions. These ancient forces relied on cavalry and skilled archers. Subsequently, invading European forces that landed here with their naval fleets managed to gain the upper hand by the use of cannons, and gradually captured our maritime provinces. 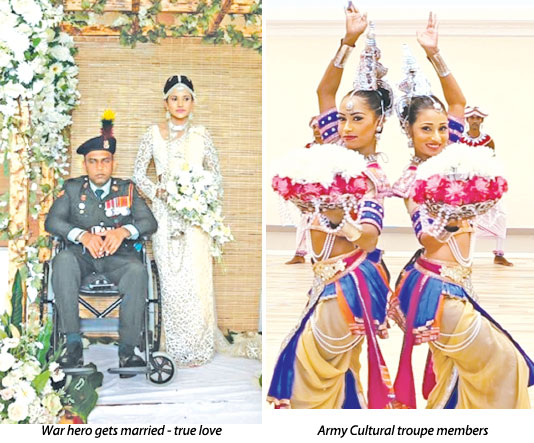 However, the Portuguese, Dutch and British faced stiff resistance, as our ancient troops counter attacked inflicting heavy casualties on the invading forces. Chroniclers describe the ambush tactics of Ceylonâ€™s ancient fighters. The Dutch later fortified their coastal defences by erecting forts in Colombo, Matara, Jaffna, Galle, Trincomalee and Batticaloa. Later, the British established a military garrison at Trincomalee with a naval fleet taking advantage of the natural harbour.

In 1802, a rifle regiment was formed with Sinhalese, African and Malay soldiers, named, the First Ceylon Regiment. In 1861, the colony of Ceylon was empowered with her first Volunteer Corps. This formation was referred to as the Ceylon Light Infantry Volunteers. Slowly but steadily, the army enriched its troop capacity to raise units such as, the Ceylon Artillery, Mounted Infantry, Medical Corps, Engineer Corps and Supply and Transport Corps. In 1910, the force was subject to effective combat readiness and renamed, Ceylon Defence Force. The men were deployed for active duty in England. 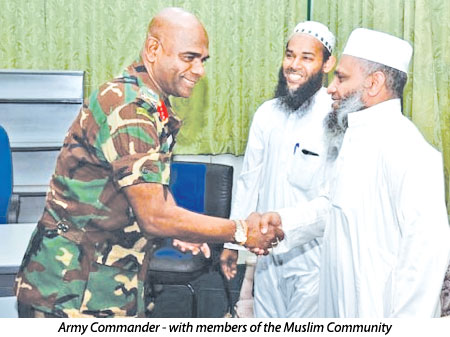 This year the Signals Corps celebrates her 75th Anniversary.

In 1949, the Army Act was passed in Parliament establishing the Ceylon Army. A regular force was formed on October 10 1949, under the command of Brigadier Roderick Sinclair. In 1950, the first batch of aspiring Ceylonese cadets were sent to the Royal Military Academy Sandhurst, England, for training. Realising the urgent need to train future officer cadets locally the Army set up their first training school in the lush green hills of Diyatalawa.

The academy has blossomed into a degree awarding institution and has produced many Generals since then. At the age of 47, Brigadier Anton Muthukumaru became the first Sri Lankan Commander of the Army. He was the dynamic visionary who began establishing the cantonment at Panagoda, which houses many regiments today. The Womenâ€™s Corps was formed in 1979. Since its formation the Womenâ€™s Corps has made a significant contribution to the Army. In the years that followed Sri Lanka was subject to home grown insurgencies and violent domestic terrorism, which compelled the army to establish area headquarters. Today, there are seven Security Force Headquarters.

The first commando course was conducted in February 1978, and the commando squadron formed in 1980. During the course of the prolonged 30 year conflict the army adopted and adjusted to various levels of threats incorporating technology and enhanced training. In the final stages of the humanitarian operations in 2009, the Infantry regiments, Special Forces, Armoured Corps, Air Mobile Brigade, Artillery and Mechanized Infantry Units all contributed, with many laying down their lives in the line of duty. Today, those valiant men who have lost their limbs in the battlefield receive continued care and emotional support at locations like Mihindu Seth Medura (Attidiya) and Ranaviru Sevana (Ragama).

Transition to a capacity based force

In this era of sustained peace, the army according to the prudent vision of its present Commander Lt. General Mahesh Senanayake is taking the dimension of a capacity based force, with emphasis on nation building. In the recent past when the country was afflicted by natural disasters it was the troops who actively engaged in rescue operations as first responders. Whether it was the relentless rains which unleashed floods and landslides or a collapsed high rise building, the Sri Lankan soldier was again willing to display his spirit of altruism, in saving others. It was the ordinary soldier who reached out with assurance and friendship to people who had lost everything. The army can be applauded for setting up medical clinics, water purifying stations and food processing units to care for those in times of dire need.

Security Force Headquarters Jaffna (SFJ) is an important and sensitive command. Even to this day in the Northern Province the army plays a pivotal role in helping the public in many areas. Having visited Jaffna on many assignments I have witnessed the silent contributions made by the army which includes humanitarian demining operations, facilitating the return of people to their ancestral lands, repairing schools, hospitals and places of religious worship, organising sports events for youth, providing books and computers to selected schools and celebrating local religious festivals with communities. The soldiers continue to donate blood to the Jaffna Teaching Hospital. Former LTTE combatants rehabilitated by the army are gainfully employed at the army farm in Palaly.

Geared for the future

In the area of regional security and inter-operability of forces the army has conducted the Colombo Defence Seminar, with the participation of many foreign military service chiefs and military analysts, where current security issues of the region were deliberated. As the ancient Chinese General Sun Tzu said, â€œThe nature of war is constant changeâ€- and indeed the threats keep changing in our region. The theatre of future battles will be swift and digitally dominated. In keeping our forces primed and ready, the annual field training exercise â€œCormorant Strikeâ€ was successfully concluded in the Eastern Province using members of the Commando and Special Forces along with the Sri Lanka Air Force and the Sri Lanka Navy. These mock training missions also had foreign troops as observers. In view of celebrating their anniversary, the army will be conducting religious observances in keeping with Buddhist, Hindu, Islam and Christian traditions, with the participation of senior officers.

The Sri Lanka Army is a fine example where officers and ranks from the Sinhala, Tamil, Muslim and Burgher communities unite as one family to serve the motherland.

The military will continue to play an important role as we make sustained progress towards greater prosperity for all Sri Lankans.Â