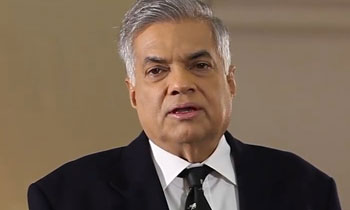 A special corporation will be set up to take care of development activities in the southern province and all lands will be handed over to it, Prime Minister Ranil Wixckremesinghe said yesterday.

He made these remarks at the opening of the United National Party office in Akmeemana last evening.

“There was a southern region development authority in the past.However it was dissolved later. We would have handed over these lands to this authority if it existed today,” he said.

The prime minister said the first 100 factories in the south will be opened by the Chinese investors. He said local investors will be given the opportunity later.

“I met some local investors the other day. I asked them whether they could see to it they provide necessary investments needed for the country's development and they said they cannot. Therefore it is obvious that we need foreign investors. We will have to increase taxes if we don't allow foreign investors,” he said.

Mr Wickremesinghe.said the joint opposition is trying to sabotage the development as they are aware they will be in a disadvantageous position if the government's development programme becomes a success. He said the joint opposition is trying to distance the UNP and the president but he assured that it is a distant dream as he and President Sirisena had already agreed to continue with the national government till 2020. (Yohan Perera)