You are here: Home / Breaking News / Speaker on MR security:Says will respond after talks with President, PM – Daily Mirror 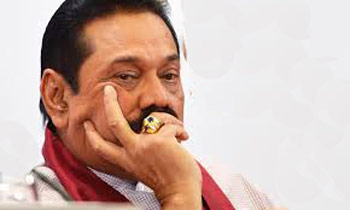 Speaker Karu Jayasuriya yesterday said he will soon make a statement in parliament on the withdrawal of former President Mahinda Rajapaksa’s security after discussing the matter with President Maithripala Sirisena and Prime Minister Ranil Wickremesinghe.

The speaker said so when joint opposition Parliament group leader Dinesh Gunawardene raised the matter in the House last morning.

“The former President has said there are threats to his life and therefore removing his security is a dangerous move. I have already had discussions on the matter with Prime Minister Ranil Wickremesinghe and Minister of Law and Order Sagala Ratnayake on the issue,” Mr Gunawardene said.

Speaker Jayasuriya who responded said he would inform Parliament on the matter after discussing with the President and the Prime Minister.