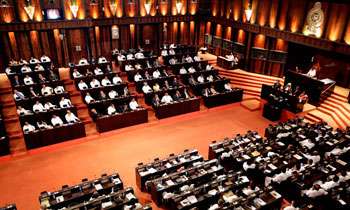 Parliamentarians Chamal Rajapaksa, Rauff Hakeem and Vijitha Herath had been named to the newly-appointed committee to be in charge of Constitutional Affairs, Speaker Karu Jayasuriya announced today.

As per the announcement, the Speaker himself, the Leader of the House, and three other members are appointed to this Committee.

These three members are nominated by the Speaker, the Prime Minister and the Leader of the Opposition.

This committee will be given the responsibility to look into proposals with regard to the Constitution.

The new Committee was appointed as per the new Standing Orders, which had been adopted by the House, Parliament sources said. (Yohan Perera and Ajith Siriwardana)