You are here: Home / Breaking News / Some bankrupt politicians slinging mud at me: Susil – Daily Mirror 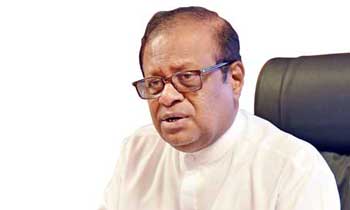 Minister Susil Premajayantha today charged that some bankrupt politicians have engaged in slinging mud at him after he spoke during the debate on the Constitution on November 1, 2017.

Minister Premajayantha who was speaking at the second reading debate on the budget, said the allegation made by an MP that he was involved in bringing down inferior quality fuel was false. “The stock was brought down to the country when I was abroad. This was brought down by Secretary ministry of petroleum resources when I was out of the country. The company which supplied the fuel had paid compensation to the vehicle owners. The Committee on Public Enterprises (COPE) later confirmed that there had been no losses incurred as compensation was paid. ” he said.

” These politicians also sling mud at the President and the Maha Nayaka Theras in the same way. Only bankrupt politicians engaged in such activities”, he said.

Responding to MP Thushara Indunil who raised a point of order, the minister said he was making the statement after discussing matters with both President and the Prime Minister. (Yohan Perera and Ajith Siriwardana)