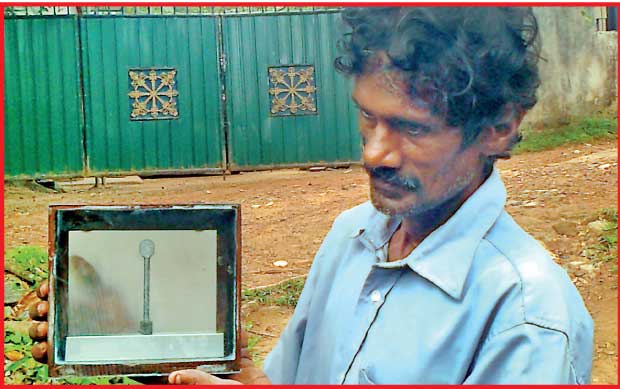 Text and pix by M N Piyarathne
R. M. Ranaweera who saw with his naked eyes the crash of the Indonesian owned Maritinnair aircraft on 4th December 1974 over the Seven Virgins Mountain range related the sequence of events during an interview with ‘Lankadeepa’.

Ranaweera, a resident of Gonapola, Mohottigoda, was 16 years old at the time of the crash. He had been employed at a bakery situated at the Hapugastenne Estate. From his work place one could see clearly the Seven Virgins Mountain range of Maskeliya. On the day of the incident the Martinnair aircraft, carrying 191 Haj Pilgrims, was on its way to Mecca, when it hit one mountain. This was because the aircraft was flying at a low altitude. It crashed in the wilderness of this mountain range, killing all aboard.

This was considered to be the biggest aircraft tragedy to happen in Sri Lanka.
Ranaweera’ account

According to Ranaweera, he was working at the bakery on that day and the time had been exactly 10.10 pm. He had wanted to move out of the hot environment of the ovens and refresh himself. He had heard the sound of an airplane, but didn’t see the aircraft. About a minute later he could see the airplane approaching and a large red light of the plane was blinking and an alarm bell was ringing nonstop.

What had been surprising was that the plane was flying at a very low altitude, just at the height of a coconut tree.
“I was amazed that a plane could fly so low. It was like a big bus. Suddenly I saw that a wing of the plane scraping the side of one of the mountains. I was horrified of what I saw. Then next moment it hit the tall mountain and a fireball which appeared was very clearly visible to me from the place I stood. I heard the sound of the plane splitting. It was like fire crackers being lit.

Then there was a sound like thunder. I presumed then it was the sound of the plane blowing up,” recalled Ranaweera.    “By that time there were very few houses in the village and people used to go to sleep by 9.00 pm. I was the only one who witnessed this scene at the dead of the night. I was distraught and felt sorry for the passengers who were inside this fatal aircraft,” he reflected.

With the unusual and thunderous sound of the place blowing up, people emerged from their houses to see what had woken them up. No one knew what had really happened. What they had seen were only the flames on top of the mountain range. “I relayed the incident. No one could reach the crash site as there was no road and the entire area was a thick jungle,” he said.    Looters entered the scene. Following day an Air Force helicopter had arrived at the scene of the crash and located the place. “Large crowds started climbing up the mountain. I too joined them. Those who arrived first at the top of the mountain started to release boulders. 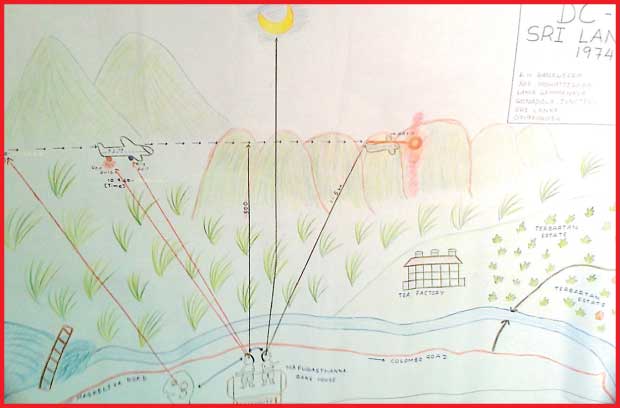 This was done by the people who were preparing to loot goods belonging to the passenger of the aircraft. It was a hazardous journey and some people had to jump over cliffs and even hold on to creepers in their efforts to climb the mountain,” he said.

At the site there had been burnt bodies. Among the remains of the plane there were belongings of the passengers, strewn all over the place. “Some bodies were half burnt and I counted about fifty bodies at that time. The Air Force personnel who arrived at the scene collected the baggage of the passengers. Later they were stacked like a mountain. Some picked up scrap material of the destroyed plane and sold them to treasure hunters. I picked up a piece of the aircraft engine which appeared to be a lever and I am keeping it as a souvenir of this tragedy. 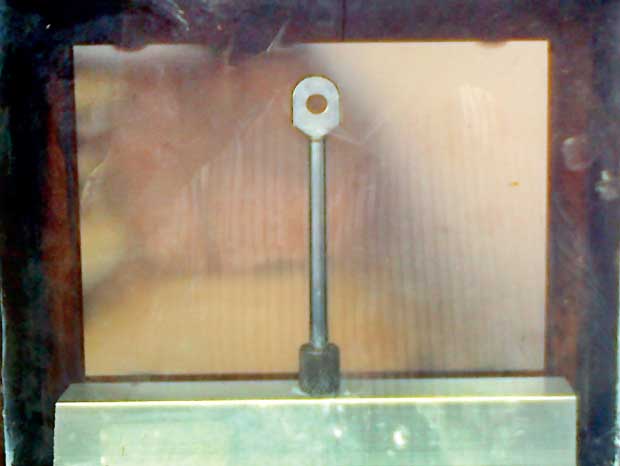 “I remember so well that the entire incident didn’t take more than five minutes. By the time the villagers had awoken by the sound of the blast and arrived at the scene, everything was over. I am the only one who saw everything. I am now a construction technician. I have drawn a map showing the details of the route the plane had been travelling on. Given the altitude which the aircraft was flying at it was a herculean task to avoid the mountain range. I am happy to recount that some of the relatives of the dead passengers, having come to know about me being an eyewitness of the accident, have written to me in the past, said Ranaweera.

I was amazed that a plane could fly so low. It was like a big bus. Suddenly I saw that a wing of the plane scraping the side of one of the mountains

The investigations conducted by the Sri Lankan authorities and the Marinnair Group in Indonesia regarding this crash finally determined that the pilot had been unable to see clearly the area ahead. This had been due to the presence of dark clouds and the mountain range, covered by thick fog, obstructing the pilot’s vision. The records that were later retrieved from the Black Box of the ill fated aircraft pointed out it was a mechanical error that had caused the tragedy.