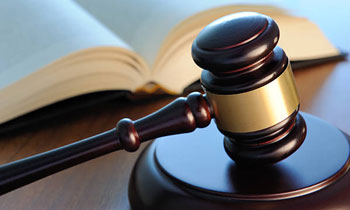 Sri Lanka Rupavahini Corporation (SLRC) ex-chairman Ariyaratne Athugala, ex additional director general Devapriya Abeysinghe and G.D. Sugathapala yesterday apologised to the three employees who had complained that they had been threatened and assaulted in 2010.

When the cases were taken up before Colombo Chief Magistrate Lal Ranasinghe Bandara the parties had agreed to resolve this matter amicably.

During the previous hearing the three complainants Ravi Abeywickrema, Herbert Kumara Alagiyawanna and Kanchana Marasinghe in their evidence led by Cinnamon Gardens Police Sergeant Mendis in the Chief Magistrate’s Court said Mr. Athugala had threatened them saying he was not be bothered about any Supreme Court order.

When the three cases were taken up for hearing, the complainants had mentioned that they were threatened and assaulted by the suspects for following the Election Commissioners guidelines in line with the SC order with regard to telecasting of election-related programmes during the 2010 presidential election.

They said the former SLRC chairman abused them in obscene language saying there was no need to teach him about handling the media.