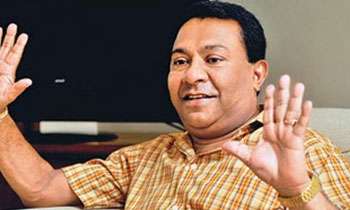 Former Minister S. B. Dissanayake said it would be easy to prevail upon the Central Committee of Sri Lanka Freedom Party (SLFP) to leave the unity government if President Maithripala Sirisena decided for it.

Mr. Dissanayake, along with 15 others, relinquished their ministerial responsibilities. He told Daily Mirror that all the 16 members would join the Opposition in Parliament next time.

He said this group was trying to prevail upon the entire Central Committee of the SLFP to take a common stand to leave the government. He said the President had a greater say in determining whether the party should proceed with the unity government or not.

The SLFP Central Committee comprises 53 members. Mr. Dissanayake said the President, as the head of the party, had the discretion to nominate 25 members.

“If the President decides that the SLFP should leave, that will virtually be the decision of the Central Committee as a result,” he said. Asked whether the party would seek the Opposition leader post in Parliament, he said no such decision had been taken at the moment.

“First, we have to defect from the government,” he said. (Kelum Bandara)