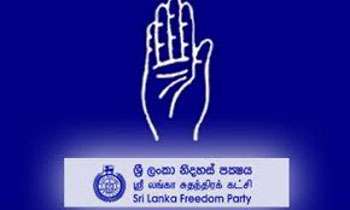 The SLFP will hold the biggest-ever May Day rally at Chenkalady in Batticaloa on May 7 with the participation of the members of the joint opposition and the 16 SLFPers who quit the government recently, Senior Vice President and Minister, Nimal Siripala De Silva said today.

He said the SLFP May Day rally to be held in the Eastern Province would be the first step in uniting all factions of the party with dissenting views and a new beginning for the party.

The minister told a news conference that it was the SLFP which had the right to celebrate May Day because it was SLFP founder and former prime minister S.W.R.D. Bandaranaike’s government, that declared May Day a public holiday.

“That is why we hold this year’s May Day with added enthusiasm, as SLFP members of the JO and the rebel group of 16, have pledged to participate in the main rally at Batticaloa,” he said.

The theme of the SLFP’s May Day rally is, ‘Promoting Reconciliation and Inter Communal Harmony’.

In addition to the main rally at the Chenkalady sports ground in Batticaloa, the SLFP will hold a photo exhibition at the BMICH to commemorate party stalwarts like, T.B. Illangaratne, Alavi Moulana, Ananda Dassanayaka and Bharatha Premachandra.

The minister declined to answer questions related to politics and said he would answer all political questions at another forum, at another time, because this news briefing was only for the SLFP May Day rally.

However, there was a quick dialog between journalists and the minister.

Daily Mirror: How can you ensure the success of the SLFP May Day rally in the East when the party has disintegrated into three sections?

Minister: Why are you talking only about the disintegration of the SLFP? Hasn’t the UNP and the JVP also fragmented? Don’t they have internal issues?

Daily Mirror: Yes, there are issues within the UNP, but they don’t fight outside the party. The SLFP’s fighting and divisions are quite obvious.

Minister: Why are you attempting to create problems in the SLFP, and glad about fragmentation?

Daily Mirror: No. What we want to see is unity and peace.

Minister: Ok, if that is the case, I am happy. I assure you that there will be a new journey by the SLFP after May 8. We are standing with our feet on both sides, with the aim of uniting all dissenting factions.

Daily Mirror: Will members of the rebel group of 16 participate in the May Day rally in Batticaloa?

Journalist: Why are you celebrating May Day while the country is facing an economic crisis? The rupee is depreciating daily and prices of all commodities have increased sharply.

Minister: Are there economic problems only in this country. Is it only Sri Lanka that holds May Day celebrations while having economic issues? Don’t be silly. May Day is a labour right and every worker has a right to celebrate it.

Journalist: Why are you having the SLFP May Day rally in Batticaloa.

Minister: There is nothing unusual about it. We have held May Day rallies in Galle, Kandy, Badulla and in Anuradhapura, in the recent past.

Journalist: As the Chairman of the organizing committee, are you confident of having a big crowd?

Minister: You will see it on May 7. This will be the biggest ever rally in Sri Lanka’s history.

Journalist: Would you be bringing people in buses and trains from other parts of the country.

Minister: Who will not do it? Does not the UNP and the JVP bring party supporters in buses for their rallies?

Journalist: How many buses have been reserved so far?

Minister De Silva: About 1,200 SLTB buses by yesterday. Four trains have also been reserved. The Sri Lanka Railways and the SLTB would release buses and trains only after they are paid their fares. There is no free transport in trains or SLTB buses to the rally. (Sandun A. Jayasekera)