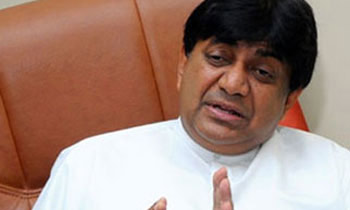 Minister Perera said he wondered whether there was a hidden agenda between the UNP and the JO to weaken President Maithripala Sirisena’s stature and added that President Sirisena had on many instances said that he would not play to the tune of the UNP.

Addressing the SLFP weekly news briefing at the party office today, he said it was clearly manifested that the UNP and the JO were working on the same wave length and in cahoots on constitutional reforms and the executive presidency in quite contrast to the position taken by the Maha Sangha.

The SLFP also wants to introduce electoral reforms with reintroduction of the first past the post system.

“We have not forgotten the clashes between President Chandrika Kumaratunga and the 2002 – 2004 UNP government. She was highly embarrassed at the cabinet meetings when UNP members alleged that she had cameras and bombs in her hand bag. Ultimately President Kumaratunga stopped attending cabinet meetings. But President Sirisena has shown that he is a strong leader,” Minister Perera said.

He said the President has successfully addressed the challenges confronted by the ‘Yahapalana Government’ in the last two years.

“The VAT issue, Uma-Oya protest and SAITM problem were diligently and pragmatically solved. He would not have done this if he played underdog to the UNP,” the minister said. (By Sandun A Jayasekera)