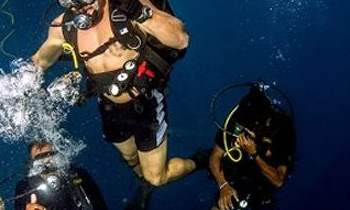 He said the 39-year-old Petty Officer (Diving) YPNR Weerasinghe, resident of Kurunegala was among three naval personnel had left for the training in India early this month.

According to the Press Trust of India, the Petty Officer, while carrying out a practise dive in the Ernakulam Channel as part of routine training procedure, failed to surface.

The sailor was located after an immediate search was carried out by the attendant supervisory training staff.

“The sailor was administered prompt first aid, and evacuated to the Naval Hospital. All attempts at reviving the sailor proved unsuccessful and he was declared dead at around 3 pm,” the PTI reported quoting Indian Navy.

He had been undergoing training in Kochi since April 3, it said.

The Sri Lankan authorities have been informed about the incident.

A Board of Inquiry has been ordered to ascertain the cause of the incident, according to the Indian Navy.

Lieutenant Commander Chandima Walakulugehere said the body of the deceased is scheduled to brought to the Sri Lanka tomorrow.(DS)