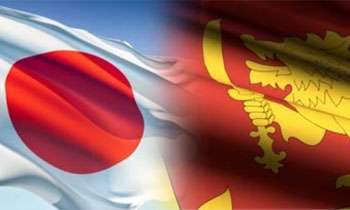 The delegations of the two nations discussed about military ties and maritime safety at the 3rd Sri Lanka –Japan Dialogue on Maritime Security, Safety and Oceanic Issues which was held on July 19 at the Foreign Affairs Ministry, Colombo

“Sri Lanka expressed appreciation for the extensive support extended by Japan to improve the maritime safety capabilities of the Sri Lanka Coast Guard including through the provision of two patrol vessels and numerous training opportunities. The two sides also discussed augmented cooperation in multilateral frameworks including the ASEAN Regional Forum and the Regional Cooperation Agreement on Combating Piracy and Armed Robbery against Ships in Asia (ReCAAP) recognizing the importance of increased engagement in these fora,” it said.

The ministry said the Dialogue forms an important pillar of cooperation envisaged in the Joint Declaration on Comprehensive Partnership between the two countries concluded during the official visit of Prime Minister Ranil Wickremesinghe to Japan in 2015.