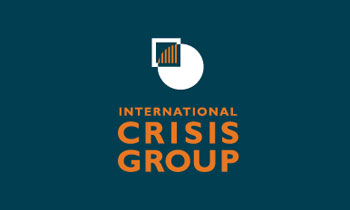 The Sri Lankan government needs to return to its original good governance and reconciliation agenda to salvage the chance to address fundamental sources of conflict and instability, the International Crisis Group (ICG) today said.

The ICG recognizes itself as an independent organisation working to prevent wars and shape policies which would create a more peaceful world.

In a report titled ‘Sri Lanka’s Transition to Nowhere’ which was published on Tuesday, the ICG said President Maithripala Sirisena and Prime Minister Ranil Wickremesinghe must reach workable compromises on key issues.

“Economic reform that shares the pain of change equitably and renewed anti-corruption, anti-impunity drives that prioritise a limited number of significant criminal cases implicating both major parties are some of the key issues,” the report said.

President Sirisena must speak forcefully and lead a campaign that explains the reform package’s benefits for all communities to achieve a deal on the constitution that includes strengthened devolution.

Renewing transitional justice hopes requires rapid launch of the Office on Missing Persons and faster progress on reducing the military footprint in the north and east.

Packaged as part of rule-of-law reforms that include prosecuting alleged corruption and political crimes under the Rajapaksas, transitional justice could yet gain support across communities.

“But time is running out. Leaders in both parties should not discount a Rajapaksa return. For their own survival and to deliver on at least some of their big promises, they should reject chauvinistic politics and daily bickering and invest their political capital in promoting an inclusive vision and set up a more accountable polity that can mitigate the risk of new conflict,” the report said.

“Despite significant achievements in the coalition government’s first nine months, progress on most of its reform agenda has slowed to a crawl or been reversed. As social tensions rise and the coalition slowly fractures, it is unclear whether it can push its signature new constitution through parliament and to a national referendum,” it said.

As the government struggles with large budget deficits and dangerously high debt, hopes for improved living standards have been frustrated, further eroding trust in it and strengthening the appeal of the Rajapaksa-led opposition, the report said.

“SLFP ministers were never enthusiastic about being the junior partner in a unity government with their long-time rival, the United National Party (UNP), and are unhappy with what many see as UNP arrogance and Prime Minister Ranil Wickremesinghe’s less-than-consultative style.

Pro-Sirisena SLFP ministers oppose any changes requiring a referendum, which would rule out key reforms, including compromises reached with the Tamil National Alliance to strengthen provincial devolution instead of the federalism they had favoured,” it said.