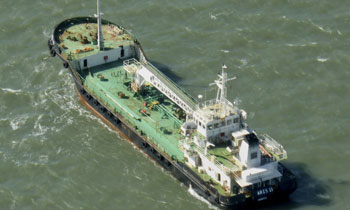 Eight Sri Lankans, who were aboard the oil tanker captured by the Somali pirates recently, arrived at the Bandaranaike International Airport a short while ago.

They were welcomed by family members after disembarking the Qatar Airways QR 654 flight from Doha.

They were released without a ransom be made. (T K G Kapila)