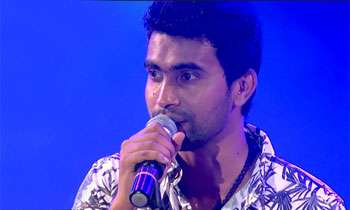 Popular singer Damith Asanka was arrested by the Kuda Oya police on charges of allegedly behaving in an unruly manner.

Police said the singer was arrested following information received to 119-emergency-hotline from one of his neighbours.

The neighbour has complained that the singer was on drugs and behaving in an unruly manner at his house in Wellawaya.

He was remanded till October 9 after being produced in the Wellawaya Magistrate’s Court today.

It was reported that the Magistrate had informed the prison officials to produce the singer to a psychiatrist.

He was transferred to the Monaragala Prison.(Darshana Sanjeewa and Nayanajeewa Bandara)