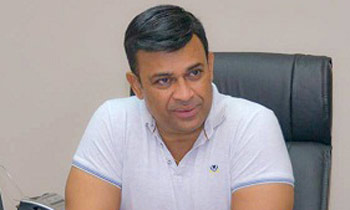 Social Empowerment and Welfare Deputy Minister Ranjan Ramanayake, who refused to issue a letter requesting the extension of a sand mining permit, said today that his secretary had issued it without his knowledge using the seal which has his signature.

“A secretary in my office has issued that letter using the seal and my letter head when I was not in the office. I have given a seal which carries my signature to my office at Divulapitiya as I often go out of office. The secretary has been interdicted following the incident,” he said.

The deputy minister said he would never issue such letters while fighting to protect the environment from illegal sand miners.

When asked whether he was against sand mining he said it should be done legally and under the supervision of the Geological and Mines Bureau.

“This is a business. It should be done legally. We cannot stop it and import sand and stones. At least 48 people have died because of illegal sand mining in Divulapitiya. The government loses million of rupees because of such activities,” the deputy minister said. (Ajith Siriwardana)