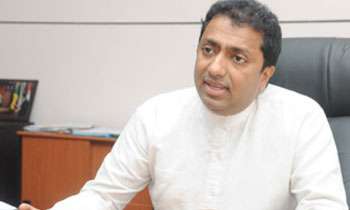 The report of the four member committee appointed to look into the statement made by Former State Minister Vijekala Maheswaran who called for the resurgence of LTTE is to be presented to UNP Working Committee tomorrow, Party General Secretary Akila Viraj Kariyawasam said today.

Mr. Kariyawasam told Daily Mirror that the report will be presented to the working committee which meets at party headquarters Sirikotha tomorrow.

The committee was assigned to listen to the speech made by Ms. Maheswaran and then recommend to the party leadership on the action that has to be taken against her.

Meanwhile it was reported that the working committee is to discuss on the provincial council election and on the 20th Amendment to the Constitution. (Yohan Perera)