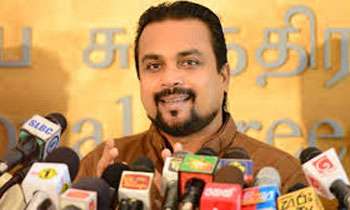 The abolishment of the executive presidency is not a good move when the 13th Amendment to the Constitution remains as it is, National Freedom Front (NFF) leader Wimal Weerawansa said.

In a press release, he said the 13th Amendment to the Constitution was brought to dilute the executive powers of the president by establishing provincial councils.

While stating that his part is firmly opposed to the proposal, he invited the members of parliament who had already uttered that they would support the move to remove executive presidency, to ponder twice on their decision for the sake of the county. (Sheain Fernandopulle)