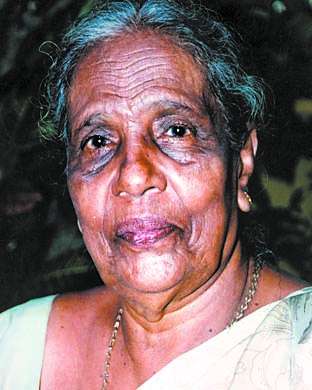 Veteran film, stage, tele-drama and radio artiste Rathnavali Kekunawela who became a household name following her hit character as ‘Menike’ in the Muwan Pelessa radio play passed away today at the age of 87.

Her funeral will take place at the Borella General Cemetery at 4 pm on Monday, April 9.

However, her characters in radio plays like Maha Re Hamuwu Sthriya, Kurulu Bedda and Muwan Pelessa amplified her popularity.

She was Muwan Pelessa’s Menike for several decades and even today she is known by that character.