You are here: Home / Breaking News / Rathana Thera in a dilemma – Daily Mirror 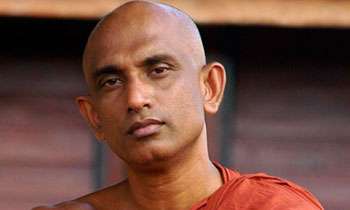 United National Front (UNF) MP Ven. Athuraliye Rathana Thera said he could not vote against or in favour of the no-confidence motion against Prime Minister Ranil Wickremesinghe.

He told Parliament that the no-faith motion was brought in against an act of misusing state funds and added that even though he could not come to a conclusion until the court decide the culprit, as a Buddhist monk, he could not vote against or in favour of the motion.

“It is not acceptable for a Buddhist monk to engage in or support fraud and corruption. I cannot vote against or in favour of the motion,” he said. (Ajith Siriwardana and Yohan Perera)