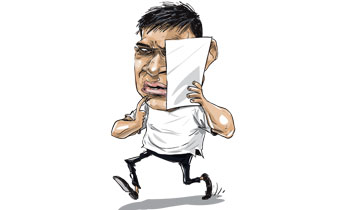 Deputy Minister Ranjan Ramanayake said today he would make statement in Parliament next week regarding the statement made by the Bar Association of Sri Lanka (BASL) that it will take legal action against him.

The deputy minister said he had received plenty of information on various malpractices being carried out by judicial officers and lawyers and would produce them to courts in the event BASL filed legal action against him.

He said he was ready for the legal battle with the BASL. (Yohan Perera)