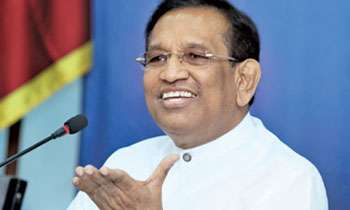 Cabinet Spokesman and Minister Rajitha Senaratne today confirmed that Minister Sarath Fonseka had expressed his regrets and apologised to President Maithripala Sirisena following the Cabinet meeting, over the critical comments he made against the President recently.

Minister Senaratne told the Cabinet briefing that Minister Fonseka had expressed his regrets over the statement he made saying that the decision taken to make Maithripala Sirisena the presidential candidate was a mistake.(Diana Udayangani)