You are here: Home / Breaking News / Rajapaksa apologists and impending implosion of the cabal – Daily Mirror 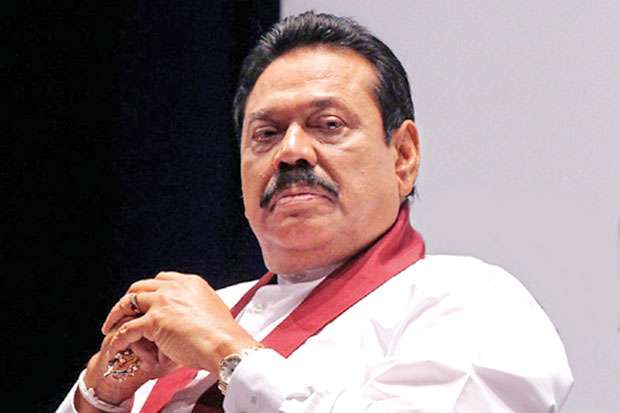 “When a political organisation loses contact with its origin, it declines and risks implosion.”

Some writers whose political insensitivities and bare naiveté have been mistaken for objective analysis are still defending the indefensible atrocities of the Rajapaksa era. Their insensitivities have taken them from being mere Rajapaksa supporters to the fringe politics of post-Independent Sri  Lanka. Ceylon, as it was called then, has undergone unrecognizable changes; she has embraced nihilist aspects of political evolution; ethnic violence has erupted multiple times and led to a thirty-year long war that ended in the decimation of a terrorist army that was never seen before in Ceylon in the last half of the millennium. That war has enlarged the gulf between the two parties. Tamils are being perceived as the ‘enemy’ of the glorious past of Sinhalese Buddhists, as enunciated in the Great Chronicle (Mahawansa).

The peak of this evolutionary thought, as promulgated by the modern day patriots of the land, the race and the faith, spearheaded by an insane but utterly focused movement led by saffron-garbed political gangsters, was in the Rajapaksa era: from 2005 to 2014. During this maddeningly-chaotic period, these pundits and Chinthanaya demagogues would most conveniently forget to write about or even make a cursory mention on the alleged exchange of huge amounts of cash between the candidate Rajapaksa and Prabhakaran, leader of the Liberation Tigers of Tamil Elam (LTTE). Prabhakaran got the cash and Mahinda Rajapaksa got the Tamils in the North to stay at their homes on the D-day, presidential election day, thereby preventing an assured bloc of votes for Ranil Wickremesinghe, the UNP candidate who would have been sufficient to overwhelm the votes received by Mahinda in 2005.

18 A to our already sullied Constitution not only assured the Rajapaksas a mirage of ‘permanent power,’ it also carried a latent message to the hereunto placid population and civil organisations a weapon to use

Yet, those who bartered the country’s conscience for cash then clothed themselves with a glorious-looking attire of patriotism, while those soldiers of the ilk of General Sarath Fonseka were disgraced as traitors. This grave injustice caused to the sublime emotions of a nation struggling to rise from the ashes of a terrorist war is unpardonable. Desecration of man’s strongly-held belief in himself and his family was accepted by the henchmen and women of the ruling cabal as a patriotic act for the wild emotions raised and inflamed by empty rhetoric and resounding slogans overtook the wiser senses of man. The decay that followed in our cultural values and social measures began to show their external manifestations, not gradually but rather rapidly and uncontrollably.

At the base of all these processes of rotting away and social oozing was a politician. Politician controlled not only the country’s coffers; he controlled the hearts and minds of the general population; thereby they controlled the mindset of a great number of people, in fact a majority of Sinhalese Buddhists. The so-called pundits and pseudo intellectuals of the Chinthanaya-trash were at the very core of this repugnant movement. Construction of beautiful slogans that would easily mesmerize the gullible and plainly vacant minds of a majority which has already been hoodwinked by wickedly-attired thugs misrepresenting the Order of Maha Sangha, the clergy of Buddhist preaching, gave way for insightful thinking and wise decision-making.

Sharpening the television portraits to misrepresent the vile and inscrutably-dangerous political philosophy, which was already bordering on Nazism and Stalinism, became a priority of highest order for those who occupied the uppermost seats of power. The resultant mindset of the Rajapaksa cabal that became more and more hallucinated and intoxicated with power produced the most undemocratic constitutional amendment thus far. The 18th Amendment to our already sullied Constitution not only assured the Rajapaksas a mirage of ‘permanent power,’ it also carried a latent message to the hereunto placid population and civil organisations a weapon to use and use repeatedly to prove that the path the Rajapaksas have chosen is not good for the country. In other words, 18A carried within itself a double-edged knife, one edge for the Rajapaksas to continue their supremacy forever and the other as an eye-opener for the docile public that the intentions of the cabal are not so voter-friendly.

In order to bury the ugly Sri Lankan that dwelled within the Rajapaksa ruling cabal and their numerous castrations of human rights, decent life and honest livelihoods of the average man and woman, holding on to power was a prerequisite. This same argument was made in 1988 when J.R. Jayewardene, the very creator of the Presidential Constitution and then its government, was getting ready to hand over the reins of power to the next one who would be elected. At that time, J.R. Jayewardene had a two-thirds majority in Parliament. The passage of an amendment on lines of the 18th Amendment would have been reasonably easy. Yet, JR decided otherwise. Wiser minds prevailed.

When the siblings started tasting the sweetness of power, when they began reaping the harvests of hardworking men and women, the alluring enigma of power took control of these siblings

When the siblings started tasting the sweetness of power, when they began reaping the harvests of hardworking men and women in Sri  Lanka, the alluring enigma of power took control of these siblings. They let themselves go. And the subject people suffered. The daylight murder of Lasantha Wickrematunge, assault on other journalists, killing of Tamil journalists in Jaffna, intimidation and abduction of Prageeth Ekneligoda, Rathupaswala shooting and obliteration of those who took part in the infamous prison riots were all direct and unmistakable results of the mindset that controlled the country after the passage of 18A.

The Presidential elections held in 2015 changed all that, hopefully forever. Revocation of 18A and replacing it with the 19th Amendment, in combination with many a legal and judicial investigation into the misdeeds of the former first family gave them jitters. The provision of proportional representation (PR system) has ensured that it is practically impossible for any single party to gain a two-thirds majority in Parliament. One party might be able to command a two-thirds majority after ensuring the support of some other fringe parties to form a temporary two-thirds for a specific purpose, but such temporary collusions are hardly worthy of mention in the context of a bitterly fought out election campaign which would result in a hung-Parliament. Consequently, seeing Mahinda Rajapaksa again on the throne of presidency is a non-event.

This series of events and their developments have resulted in a wild and misguided hunt for the seat of power in 2020. The former Defence Secretary, a sibling of Mahinda who was falsely named as the ‘architect’ of the war victory in 2009, seems to be engaged in a furious campaign for 2020 Presidential elections. Claims of the then Defence Secretary as the ‘architect’ of the war victory is a tremendous disservice and insult to some of the best military minds and brave soldiers who paid the ultimate price for the nation’s sake. Launching a campaign on a totally false and obnoxious base is not going to be successful. That campaign’s main star will be defined in terms of these untruths and falsifications.

In the midst of all this, the other brother who was supposed to be in charge of the country’s economy is said to be pretty angry that a person who ran away from the country when the worst part of the war against the Tamil militants was on is being portrayed as the next Presidential candidate. On top of that, it is also rumored that the former first lady too is vehemently opposed to the former Defence Secretary as their family-candidate. Mahinda has an impending implosion in his midst. In the grand mosaic of political development, each piece seems to be in the wrong place making the mosaic look more like a jigsaw puzzle rather than an artistic creation.

Mahinda Rajapaksa has a choice. He also has an obligation to unite the forces that displaced him from power in 2015. He has lost control and leadership of his original political party, Sri Lanka Freedom Party (SLFP). Yet, an overwhelming majority, close to 90% of that party, is now with him under a new name, Sri Lanka Podujana Peramuna (SLPP). However, erosion of even 5% of votes from the SLPP would mean certain defeat at a Presidential election, because an overwhelming minority vote consisting of Tamils and Muslims is still against the Rajapaksas. The implosion is coming.

The writer can be contacted at vishwamithra1984@gmail.com