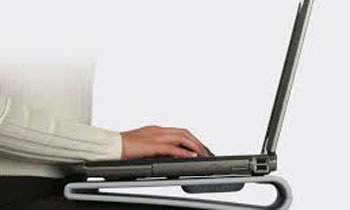 President’s Counsel Kalinga Indatissa yesterday marked his appearance before the Commission on behalf of Perpetual Treasuries Ltd CEO Kasun Palisena, who will testify before the PCoI on August 8 (Tuesday).

PC Indatissa said that Mr. Palisena has received a letter from the Commission to hand over his communication devices as soon as possible to the investigators. He said that his client would hand over the devices except the personal laptop.

He sought indulgence of the Commission to allow to keep the laptop with his client until his evidence was finished.

He was concerned about the material in the laptop pertaining to the time period since January 27, 2017, to date.

He said there are lawyer-client information and personal data in it and the exposure of such data was contradictory to the professional obligations of a lawyer and it would also hamper their defense.

Additional Solicitor General Yasantha Kodagoda replying said that they were aware about such data and suggested that they need to look into all data and if the material contained lawyer –client information that amounting to furtherance of the offence, then it cannot be considered as a professional privileges.

The ASG also undertook not to look into the data relating to lawyer-client relation until Palisena’s evidence was over.

However, considering the submissions of the both parties, the Commission directed Palisena’s counsel to hand over all devices including the laptop and send a representative to the investigators and make sure the data relating to January 27 to date be deleted in front of them.

The Commission said that the name of the item thus deleted should be given to the investigators so that they could retrieve them after Kasun Palisena’s evidence was led.

In the meantime, raising an objection on the extracted details presented on August 2, related to Aloysius’ mobile phone, Chanaka de Silva who appeared on behalf of Arjuna Mahendran contended the manner in which such details were presented before the Commission.

He was of the view that the experts, who extracted the details should come before the commission and verify the authenticity of the evidence.

He objected to the way in which such phone details were presented suddenly because according to him the details had been extracted on July 25, 2017 and not yet given to them.

The Commission was of the view that the details relating to the Aloysius’ phone were subject to be proven and if Mr. Aloysius and parties related in those details were to deny them then the Attorney General’s Department had to prove its credibility.

Additional Solicitor General Dappula de Livera said the authenticity of the details has to be proven and that was why the messages extracted from Aloysius which were related to “RK and Ravi K” were presented for the Minister the other day.

The ASG said if the Minister had accepted them then the authenticity of the extraction would have been proven. Thereby he said they would prove the credibility of the details in due course.

Mr. de Silva questioned the witness over the allegations that he leveled against former Governor of CBSL, Arjun Mahendran during the testimony.

During the cross examination the witness said that when the EPF gains profits through engaging more secondary market transactions and then it would do good for its total fund as a whole.

Counsel asked “So don’t you think the instruction to intensify the secondary market transactions given by former Governor is prudent?”

“He should have given the authority to us to do such trading in the Secondary Market”, the witness said.

When the counsel questioned the witness whether the Governor had further instructed him to intensify transactions his answer was negative.

From the cross examination it was also revealed that the decision to get Secondary Market transactions daily by the former Governor from the EPF was not an imprudent decision.

The Commission said that it was well aware of the management tasks and the decision of former Governor to ask such details.

ASG Livera however, said that that decision itself should not be taken into consideration in isolation.

During the cross examination, Counsel Harsha Nananyakkara, who appeared on behalf of Saman Kumara also questioned the witness.

Earlier, the witness had said that interdicted Saman Kumara was a constant visitor to Arjuna Mahendran’s office and had communicated secondary market transaction details to him.

During the questions it was revealed that Saman Kumara was an executive of the trade union of CBSL.

The Counsel was the view that his client was visiting Mahendran’s office to talk about trade union matters.

But the witness said that he was told by Saman Kumara that he had talked with Mahendran on other matters.

He said from the discussions that he had with Mahendran, it was also evident that he knew things relating to EPF Secondary Market matters, which are known only by dealers like Saman Kumara. (Shehan Chamika Silva)