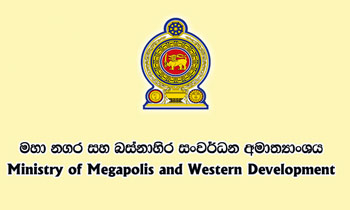 In the wake of the collapse seven-storey building in Wellawatta on Thursday, the Megapolis and Western Development Ministry assured legal action would be taken against all substandard and unauthorized constructions in Colombo.

It said initially, action would be taken against the unauthorized constructions alongside the canals in Wellawatte.

Subsequently, some 1,800 constructions in Wellawatta and Bambalapitiya identified as substandard and unauthorized will be screened for gross violations of construction procedures and stern actions will be taken against the owners.

Addressing a news conference held at the Ministry, Minister Patali Champika Ranawaka said they had launched a sample survey in February 2017 to list out unauthorized constructions in Colombo.

“This survey will be expanded beyond Colombo with the assistance of the Statistics Department. So far, we have identified about 10,000 substandard structures which had mushroomed in Dehiwala, Mt. Lavinia and Kolonnawa as a result of unplanned urbanization. Action will be taken against the owners. Some of the buildings may have to be demolished while some others may be fined,” he said.

Meanwhile, commenting on Thursday’s building collapse in Wellawatta where one person was killed and more than 20 injured. The minister said a structural failure had caused the tragedy.

He said the owner had obtained approval for the plan from the Colombo Municipal Council for a housing complex to be built on this land in 2009 but had not obtained a Certificate of Compliance prior to occupying the building.

“To obtain a Certificate of Compliance, the standard of the building should be evaluated by a team of technical experts. This had not been done for this housing complex. Against this backdrop, the owner had started constructing another building adjacent to the housing complex on a section of the canal reservation land without approval from the authorities. This was the building which collapsed,” the minister said.

He said they had written to the IGP urging action against the building owner under the Penal Code on the basis that a valuable life had already been lost in this tragedy.

The minister said the incident was an eye opener to expedite action against unauthorized and substandard constructions in the country and highlighted the need for an effective and rapid legal procedure to take action against the owners of these building constructions. (Lahiru Pothmulla)