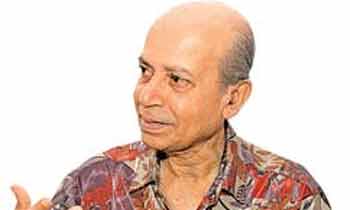 Speaking to the media while leaving the SLMC premises, Prof. Fonseka said his tenure had ended today and added that no request had been made by the government for an extension of his service.

“I was appointed to this post in 2012 by former health minister Maithripala Sirisena. My official tenure was to end on December 31, 2016, as a SLMC Chairman’s tenure is generally valid for a period of 5 years,” he said.

He said however, the President had taken steps to extend his tenure by 6 more months.

“I have handed over my resignation one month earlier. I am 85 now. I thought I would not be able to perform my service effectively,” he said. (Kalathma Jayawardhane)