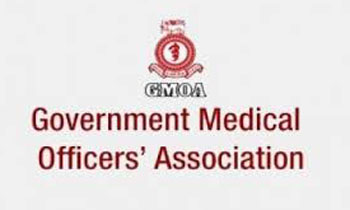 The Government Medical Officers’ Association (GMOA) yesterday charged that the committee appointed by President Maithripala Sirisena on the SAITM issue was attempting to nullify the powers of the Sri Lanka Medical Council (SLMC) in order to establish a separate institution to regulate medical education called the Accreditation Council (AC).

GMOA Secretary Dr. Haritha Aluthge told a news conference that the government was trying to legalize the South Asian Institute of Technology and Medicine (SAITM) through the establishment of such an institute.

“Even though President Sirisena is doing his best to solve the SAITM issue, several external forces are trying to sabotage his efforts. We notice that there are some pro-SAITM parties in the committee which was appointed by the President,” he added.

He said that the GMOA would not allow any force to nullify the powers of the SLMC and added that they would take stern actions with regard to it in the future.

Meanwhile, GMOA Assistant Secretary Dr. Naveen De Soyza said that the committee appointed by President Sirisena on the SAITM issue does not include a representative of the SLMC, despite it being the main authority to monitor medical education in the country.

“The government is attempting to establish an alternative regulatory body to take over the powers of the SLMC to be known as the Accreditation Council (AC) to regulate medical education in order to legalise the SAITM,” he added. (Kalathma Jayawardhane)