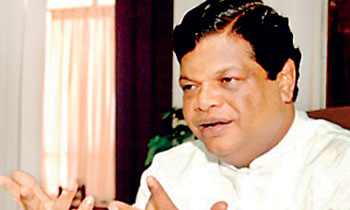 President Maithripala Sirisena had been tricked by the Prime Minister to form the Unity Government, the Joint Opposition (JO) said today.

Addressing a press briefing organised by the JO MP Bandula Gunawardena said that the President was deceived by the picture of so called development strategies showed by the Prime Minister Ranil Wickremesinghe.

“Government told us that the Volkswagen factory would be their biggest development project, which would create about 300,000 jobs in the Kuliyapitiya region.

“It was something like creating an industrial revolution, which former President Mahinda Rajapaksa failed to do,” the MP said. (Thilanka Kanakarathna)