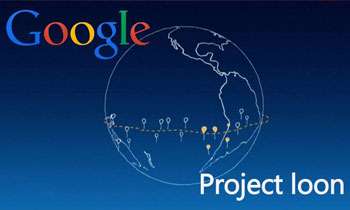 President Maithripala Sirisena did not have an understanding on Google Loon project initially but now he does, Minister of Telecom and Digital Infrastructure Development Harin Fernando said today.

Minister Fernando said this in response to a question raised by Janatha Vimukthi Peramuna (JVP) MP Bimal Ratnayake as to whether the Google Loon project was delayed because the Telecommunication Regulatory Commission (TRC) was against it.

TRC is an institution which is under the purview of President Maithirpala Sirisena. “President did not have an understanding on the project initially but now he does understand it,” the Minister said.

“The International Telecommunication Union (ITU) also had an issue on Google Loon project and refused to give the spectrum license initially,” the Minister added while informing the House that he will leave for Geneva today have a discussion with ITU. He said this discussion would be a decisive one as the project could go ahead if ITU agrees to give the spectrum license. The Minister thereby said the project is on and it was never cancelled.

“Google Loon project became a joke for the Sri Lankan people as many of them thought Google balloons were going to be used to provide thousands of WIFI positions and that the project had ended with the balloon falling. The balloon never fell down as the landing was pre-planned. Also, the objective of the Google Loon project was to provide 4G technology to all corners of the country. (Yohan Perera and Ajith Siriwardana)