You are here: Home / Breaking News / President can hold office only for 5 years: Counsel – Daily Mirror 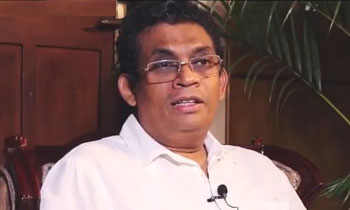 Counsel Manohara de Silva PC appearing for the intervenient petitioner Prof. G.L.Peiris on the question of the term of office of incumbent President Maithripala Sirisena, countered the contention of the Attorney General and maintained that under Article 30 (2) of the 19th Amendment to the Constitution, the President can hold office for a terms of five years.

He submitted that the incumbent President can hold office under the transitional provision 49 in the 19th Amendment subject to the provision of the Constitution as amended by this Act (19th Amendment to the constitution).

He said that section 49 (b), states that the persons holding office respectively, as the President and Prime Minister on the day preceding April 22, 2015 shall continue to hold such office after such date, subject to the provisions of the Constitution as amended by this Act (19th Amendment).

He submitted that if the incumbent President is aggrieved by the reduction of his term of office, he should have come to the Supreme Court under Article 121(1) when the 19th Amendment Bill was presented to Parliament.

The Article reads: The jurisdiction of the Supreme Court to ordinarily determine any such question as aforesaid may be invoked by the President by a written reference addressed to the Chief Justice, or by any citizen by a petition in writing addressed to the Supreme Court. Such reference shall be made, or such petition shall be filed, within one week of the Bill being placed on the Order Paper of the Parliament and a copy thereof shall at the same time be delivered to the Speaker. In this paragraph “citizen” includes a body, whether incorporated or unincorporated, if not less than three-fourths of the members of such body are citizens.

He brought to the cognizance of the Court that the President did not invoke the jurisdiction of the Supreme Court on the issue at that time when Bill was placed in the Parliament order paper.

He submitted that the 19th Amendment has now been enacted and no person can invoke the jurisdiction for a pronouncement on the Bill as under Article 124 which reads: otherwise provided in Articles 120, 121 and 122, no court or tribunal created and established for the administration of justice or other institution, person or body of persons shall in relation to any Bill, have power or jurisdiction to inquire into, or pronounce upon, the Constitutionality of such Bill or its due compliance with the legislative process, on any ground whatsoever.

He said if the President was aggrieved that his term of office is curtailed, he could have asked for a referendum.

He said there is no question of law or fact or interpretation and it is not a matter of public interest and it is used for political benefit.

The Supreme Court directed the Counsels to hand over their written submissions today (12) before 12 noon. (S.S.Selvanayagam)