You are here: Home / Breaking News / President between the devil and the deep blue sea Patriotism going to be the trump card at the forthcoming elections – Daily Mirror 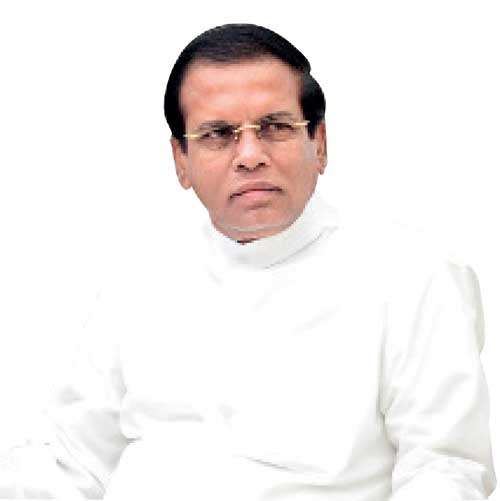 On the eve of President Maithripala Sirisena’s visit last month to New York to attend the 73rd United Nations General Assembly (UNGA), it was reported that he was to make a special statement, at the world summit on the war crimes allegations against the Sri Lankan armed forces.

However, the statement he made on the matter was not in any way a special or new. Rather it was the same statement former President Mahinda Rajapaksa, his ministers and the Foreign Ministry officials have been making for several years.

The gist of President Sirisena’s statement on the Human Rights violations/war crimes issue was a request made to the international community or in clear terms to the Western powers to allow Sri Lanka to solve its problems independently, without the interference of the outside forces.

The statement had been welcomed both by the United National Party (UNP) and the loyalists of the former President.

President Sirisena and the leaders of the UNP have always been telling the country that it was this government that saved the former President from the electric chair, meaning it was due to the government’s positive engagements with the United Nations Human Rights Council (UNHRC) that the pressure by the international community on Sri Lanka over Human Rights issues has been eased. 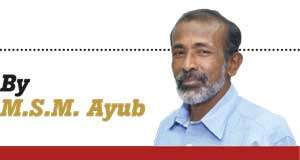 Despite this being true, it also contradicts the President’s call on the international community to allow Sri Lanka to look after its own affairs.

There was no logical basis for the argument that the so-called Yahapalana Government saved Rajapaksa from the electric chair, as there has never been any direct threat to implicate former President Mahinda Rajapaksa or his brother, former Defence Secretary Gotabaya Rajapaksa by the UNHRC or any major country for alleged Human Rights violations or war crimes.

They have been travelling to so many countries even after these allegations were levelled against Sri Lanka, in spite of some senior military officers have met with diplomatic hurdles over the same allegations.

Yet, there were speculations that they would be implicated, as they were on the top of the chain of command in the State Military mechanism, during the war against the LTTE.

And Mahinda Rajapaksa and some of the top leaders of his group blow it up and without an iota of evidence, created a notion that Rajapaksa is going to be hauled up before the International Criminal Court (ICC) in the Hague to be penalized as Slobodan Milosevic of Serbia.

Milosevic was produced before the special court, International Criminal Tribunal for former Yugoslavia.

They created this fear among the Sinhalese in order to strengthen their support base among the majority community. And the electric chair was their version of punishment by the ICC.

There has never been any direct threat to implicate former President Mahinda Rajapaksa or his brother, former Defence Secretary Gotabaya Rajapaksa by the UNHRC or any major country for alleged Human Rights violations or war crimes

In the wake of Maithripala Sirisena assuming office after the 2015 January 8 Presidential Election, the new Government followed a different approach towards the issues of Human Rights, reconciliation, ethnic problems and democracy.

The proscriptions on so many organizations – most of them were Tamil entities – and on several websites were lifted.

Roadblocks and checkpoints on many major highways were removed.

Threats of abductions, attacks on media personnel, institutions and demonstrators became things of the past. Most importantly, the new Government positively engaged with the UNHRC.

UNHRC had adopted three resolutions on Sri Lanka consecutively each year since 2012 and under one of them, an investigation into the alleged violations of Human Rights and humanitarian laws by both State Armed forces and the LTTE had been conducted.

For instance, the Government had submitted a national action plan in line with the 2012 resolution, in the UNHRC.

They have been travelling to so many countries even after these allegations were levelled against Sri Lanka, in spite of some senior military officers have met with diplomatic hurdles over the same allegations

It was amidst this conflict between the UNHRC and the Rajapaksa Government, that the Maithri-Ranil Government assumed office.

They chose to cooperate with the international community and the then Foreign Minister Mangala Samaraweera requested the world Human Rights body not to judge us by “broken promises, experiences and U-turns of the past.”

Thus the government co-sponsored the 2015 Resolution on Sri Lanka at the UNHRC. The resolution recommended a ‘local mechanism’ including the judges, lawyers and prosecutors from the Commonwealth countries to deal with the accountability process.

The UNP leaders said that this was the only way to protect the security forces from the allegation of war crimes.

This was highly praised by the leaders of the Western powers and this along with the government’s new approach towards reconciliation and democracy eased the pressure on Sri Lanka by the international community, in respect of Human Rights.

Thus, no country wanted a resolution on Sri Lanka adopted in 2016. The electric chair story was forgotten even by its authors.

This was how the leaders of this Government saved Mahinda Rajapaksa from the electric chair.

President Sirisena exploited the situation in spite of him attempting to dissociate from the main recommendation of the 2015 resolution later.

He was well-recognized at the international fora and he said that it was due to his government’s commitment to upholding the Human Rights in the country that the country was being recognized.

When he returned from the UNGA in 2015 his supporters had put up posters with slogans ‘Welcome the President who protected the dignity of the armed forces,” which conformed with the UNP leaders’ argument.

However, soon he felt the heat of the resolution within the country after a group of former commanders of the army, navy and air force and those who were field commanders during the war against the LTTE met him at the end of 2015.

He, while getting the credit from the international community for the 2015 resolution that was co-sponsored by his own government and telling the local audience that he rescued Mahinda Rajapaksa from the electric chair, told BBC in January 2016 that he would “never agree to international involvement.”

With Mahinda Rajapaksa increasingly playing the patriotic card and the cases against the former and serving military officers and personnel over various crimes and fraud progressing, President Sirisena further distanced himself from the resolution.

His outburst in October 2016 over the hauling-up of the former Defence Secretary Gotabaya Rajapaksa and three former navy commanders before the courts resulted in the resignation of the Director General of Bribery Commission, Dilrukshi Wikramasinghe.

On the eve of his UNGA speech this year he hurriedly summoned a special Cabinet meeting and criticized the move to arrest high profile military officers such as Chief of Defence Staff Ravindra Wijegunaratne.

Yet, the 2015 resolution was a commitment by the government. Backing down from it would be another broken promise or a U-turn in Mangala Samaraweera’s words and would invite conflicts with the international community, especially the UNHRC.

On the other hand, carrying out the commitment is dangerous in the face of the so-called patriotism going to be the trump card at the forthcoming elections
as well.

It is like getting caught between the devil and the deep blue sea.