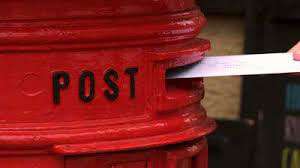 Postmaster-General Rohana Abeyratne today said that the two-day island-wide token strike launched by the Union of Post and Telecommunication Officers did not have any impact on daily postal operations throughout the country.

However, he said the Central Mail Exchange (CME) operations were disrupted to some extent but mail collection and distribution including the Express Mail Service (EMS) were carried out as usual with the help of a junior staff.

Mr. Abeyratne said that most of the outstation employees had reported for duty today.

“Therefore, we expect the striking employees will also report for duty tomorrow,” he said.

He also added that Sri Lanka Post will take every possible measures to minimise any public inconvenience.

Accordingly, several mail trains were arrived empty as the supervisors who joined the strike action refuse to load mail bags into the carriages.

Mails collection and distribution were seen disrupted in many areas while several post offices were seen closed.

Most of the operations in Central Mail exchange were also seen disrupted causing severe delays in its operations.

While denying the Postmaster-General Rohana Abeyratne’s claims, Union General Secretary H.K.Kariyawasam said the first day of the strike was successful and so will be the second day tomorrow.

He said that the strike was launched successfully in 653 Post offices, 40 control offices with the participation over 80 per cent of the officers in the department.

The token strike launched on midnight Sunday over several demands including a demand to amend the 06/2006 government administration circular which oppressed over 26,000 employees.

Mr. Kariyawasam warned the authorities that it will resort to islandwide indefinite strike action if the authorities are not willing to resolve their demands. (Thilanka Kanakarathna)