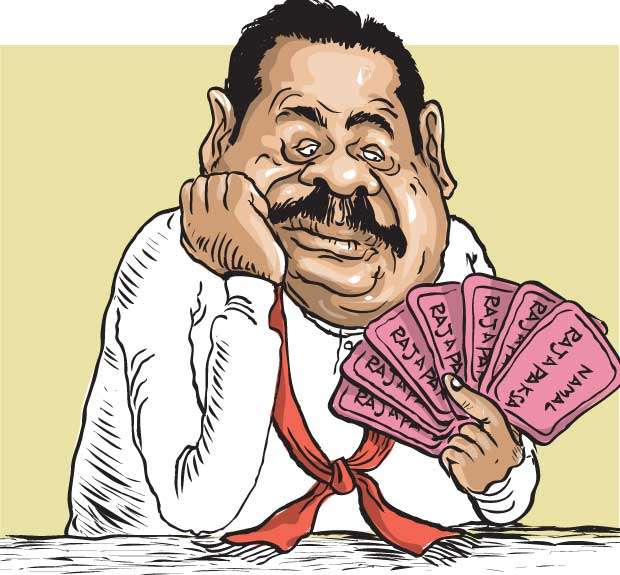 Aside from the Rajapaksa family do we not have any senior political figures or families in the SLFP or our country for Presidential contenders!!! Is it so blatantly obvious that MR does not hesitate to say that his brother Gota is the most likely and the most suitable candidate for the Presidency??? Apart from this contention, we are looking at all the Ranaviru Officers, who are currently languishing in prison, the most important one being the Admiral, aided by his fellow officers, who fled the country to Mexico quite recently!!!

They are all a disgrace to the uniforms they are wearing because they felt that their uniform would give them the right, the protection they needed to commit crimes!!! LTTE’s Prabhakaran once said that the Sinhalese people are capable of forgetting in a week an injury or a crime done to them or done by them!!! This is most applicable in the case of Ravi K because ALL his sins have either been forgiven or forgotten and Ranil is very anxious to bring him back into the Ministerial fold!!! The persistent WHY still rankles!!!

Gone with the wind

Who questions the sons of the previous regime when they find it necessary to fly to the USA or Singapore for their medical check-ups now??? Is it because the Minister of Health has not been capable of elevating our Health Service or do they not trust our local Doctors??? Apart from them, Jaliya went for eye surgery and the poor man has not been able to find his way back here after that!!! No one is concerned and he is not missed either!!! The Doctor at the Colombo Eye Hospital who said nothing could be done for Jaliya in Sri Lanka has gone missing too!!! Oh, but aren’t we forgetting something here??? He gave Jaliya the green light to go so WHAT HAPPENED TO THE DOC??? HOW MUCH DID HE GET FOR THAT??? VERY STRANGELY NOTHING HAS BEEN SAID OR DONE ABOUT JALIYA’S INCIDENT OR THE DOCTOR CONCERNED!!! It has all been conveniently swept under the carpet!!! 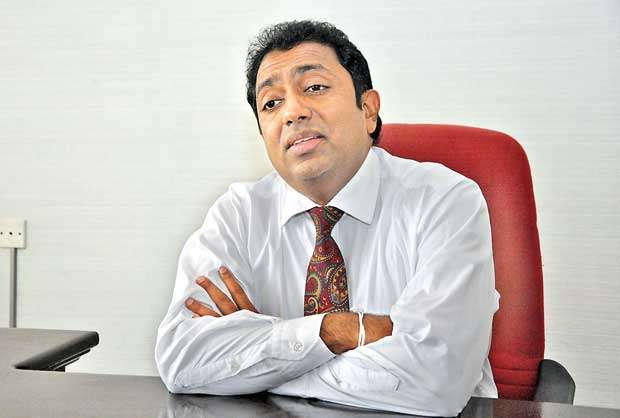 Borrowing from Robert Frost, “The Woods are lovely, dark and deep and I have promises to keep and miles to go before I sleep;” sure, the political woods are SO lovely, SO ENTICING, the entire Cabinet has suddenly come wide awake; they have promises to keep and miles to go before they sleep again!!! We have the President himself recalling the entire staff of the Austrian Embassy to teach EVERYONE a lesson!!! Well done, but what an EXPENSIVE LESSON!!! Then we are told that the Moratuwa Municipal Council is making a multitude of suggestions to enhance the lives of the people and make the area ‘liveable’ and comfortable for the people!!! Better late than NEVER!!! Where were they all this time, sleeping like the rest??? The UDA is to provide houses island-wide!!! Another glaring election gimmick!!! Akila says the UNP is going to make vital decisions SOON, never NOW!!! About time they did, all our young politicians have not been given a chance to prove their mettle and they should have been!!! Thank God, a lesson is being taught by keeping Johnston behind bars; a much-needed lesson!!! 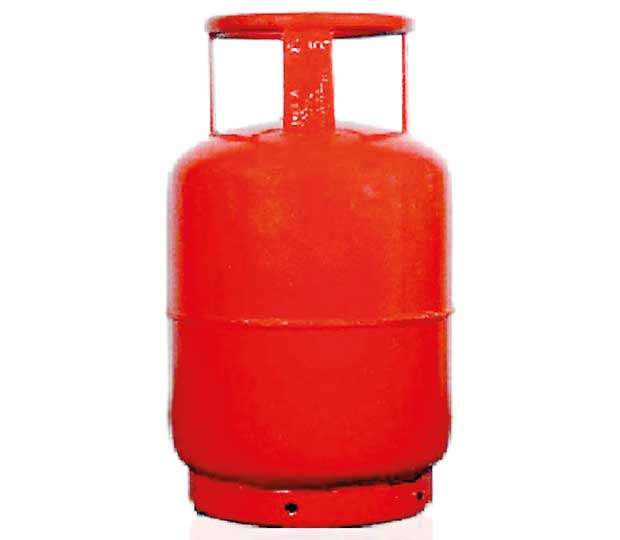 Talk of controversies and contentions and Pages A6 and A8 of the 19th September ‘DAILY MIRROR’ seem to have a ‘blooper’ – on Page 6 we are told that the import levy on sugar is to be lifted and conversely Page 8 says ‘Tax on sugar raised by Rs. 18/.’ Can’t they make up their minds as to what is correct??? The sugar price has definitely been increased!!! Price of a cylinder of gas to be raised by Rs. 190/-but hang on to your seat folks; the wheat flour price hike is to be reversed and 250,000 teachers are to be given a salary hike!!! That’s the icing on the cake!!! 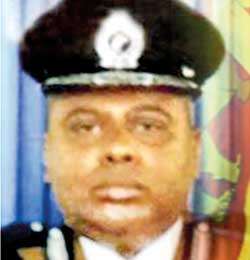 There seems to be much hue and cry about the alleged plot to assassinate the President and former Secretary of Defence!!! The JO has agitated demanding the interdiction of DIG Nalaka de Silva and the IGP who have been accused of working with DIG de Silva!!!

Our Prime Minister has very kindly offered security to the former Secretary of Defence and thanked everyone for the interest taken in regard to the President’s security; he also asked them not to use this to gain unnecessary political mileage!!! The other bone of contention is the take-off of the Admiral who fled to Mexico!!! If there were no crimes hanging over his head, as is being alleged, why did he have to be assisted by his Officers to flee the country??? What was he guilty of, we would like to know??? Apparently, the CDS is back, we wonder why???

Prison room with a view 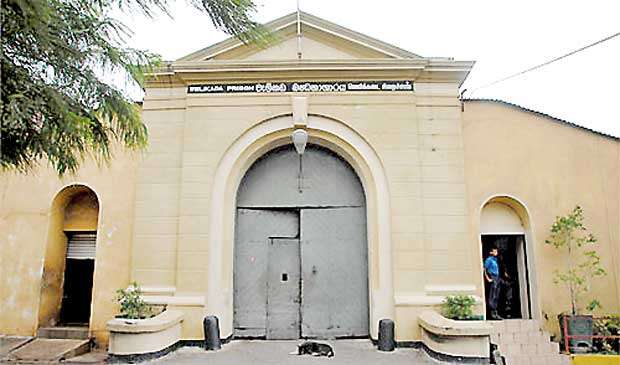 SARPAYA we are told is spitting venom even from prison and culling social media at that!!! His two female assistants seem to be at his beck and call but the Attorney General’s Assistant gets no assistance from any of them!!! It is good to be in Prison these days, you can do what you want, access Social Media, have your own private lines, give directions/orders; get into Prison here and the world is your oyster!!