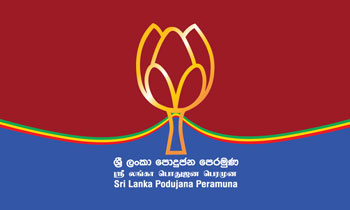 The Sri Lanka Podujana Peramuna (SLPP) had recruited more than two million members to the party, it said in a statement today.

“In a special two month membership drive, initiated under the patronage of former Parliamentarian Basil Rajapaksa, the SLPP had achieved the target. This is also shown by the record attendance at the May Day rally held at the Galle Face Green,” the statement said.

The SLPP’s membership drive titled “Samaajikathwaabhishekaya”, under the theme ‘Build a village that protects the country’ was held islandwide followed by a series of conferences.

“Through seminars, we were able to set several new political trends. The SLPP is the only party in the country to carry out an active political campaign country wide,” it said.

“In each electorate people showed willingness to get membership. It is a victory to get this type of a massive response from the general public which helped to reach the target of two million members,” it said.