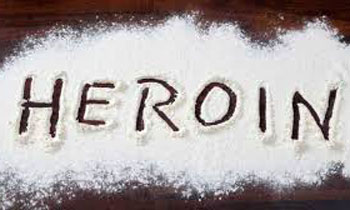 Two suspects were arrested by the Police Narcotics Bureau (PNB) with 2.6 kgs of heroin valued at over Rs. 25 million during a raid in Kaduwela.

The police said the suspects, aged 53 and 55, were arrested near the Kaduwela bus stand in Nawagamuwa on Wednesday (7) evening following a tip-off received by the PNB that they were travelling in a three-wheeler.

The suspects, residents of Dematagoda and Kaduwela, were detained for seven days after being produced before the Kaduwela Magistrate. (Darshana Sanjeewa)