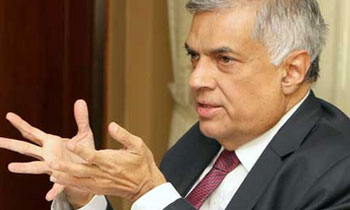 Prime Minister Wickremesinghe had given the instruction at the UNP Working Committee meeting at the party headquarters Sirikotha this morning.

Party sources said the Prime Minister had also informed the UNP MPs and Ministers to take on the SLFP Ministers directly and settle whatever issues which they may have with the other main ally of the Government.

Some of the Ministers, including Harin Fernando have then responded saying the UNPers were merely responding to the critical statements made by some SLFP Ministers drawing the Bond Commission report.

MP S. M. Marikar had informed Prime Minister that his statement with regard to President was misinterpreted or misreported.

Mr Wickremesinghe had then cautioned the Ministers and MPs saying the Bond Commission report would not have any negative impact on the UNP as the report had not faulted any member of the party.(Yohan Perera)