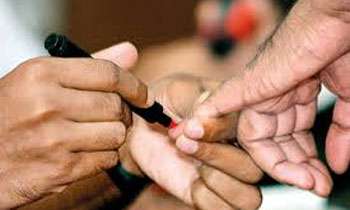 Party leaders have decided to hold elections in six provinces in January next year and hold the debate on this matter on August 24 2018, informed sources said yesterday.

They said the election to the six provincial councils in the Eastern, Sabaragamuwa, North-Central, Central, North-Western and Northern Provinces was likely to be held in January next year while holding elections to the PCs in the Western, Southern and Uva Provinces thereafter.

The sources said the debate on the elections would be held on August 24 between 11.00 a.m. and 6.30 p.m. (Yohan Perera and Ajith Siriwardana)