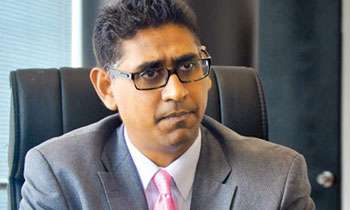 Provincial Councils and Local Government Minister Faizer Mustapha said the government would never hold elections to the provincial councils under the old system or the much criticized PR system, but was ready to introduce amendments to the Provincial Councils Elections Act of 1988.

Commenting on various media reports that he had agreed with party leaders to hold the PC polls under the old system, the minister said neither he nor the President had agreed to this proposal.

The minister said the government was not ready to hold PC polls under the old system because it was a pledge given by President Maithripala Sirisena at the 2015 presidential polls.

“I met party leaders before the New Year to discuss the holding of elections to the Sabaragamuwa, North-Central and Eastern Provincial Councils. There were suggestions to hold the election under the old system but there was no agreement on it. Although certain minority parties and the JVP did not attend the discussion, those present agreed to introduce amendments to the 1988 Act. The government will hold elections to the three PCs under the mixed First-Past-the-Post and Proportional Voting systems which was introduced to the local government electoral system,” the Minister said.

However, the elections to the three PCs that are under the purview of the respective governors are not possible, as long as the delimitation report tabled in Parliament is not debated.

Although the Delimitation Committee report for elections to the PCs tabled by the minister on February 19, had to be debated and passed within a month after tabling in Parliament, but party leaders had failed to decide on a date for the debate further delaying the elections.

With the enactment of the Provincial Council Elections (Amendment) Act No. 17 of 2017, a new mixed voting system was introduced for provincial councils, where 50 per cent of the representatives would be elected by a simple majority system and another 50% would be selected according to the district level proportional representation method (the additional list). (Sandun A. Jayasekera)