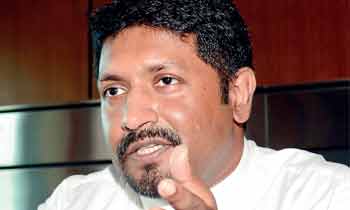 Responding to a question made by a journalist at a function held in Gampaha on Saturday (13), the State Minister said the issue was not scripted by the involved parties as speculated by some.

He said the incident occurred when UNP MPs came to the front to protect the Prime Minister, when Opposition members attempted to obstruct the PM’s statement.

He said the incident was not a good example to the country and that the MPs were not elected to Parliament to fight but to find solutions to people’s problems. (Thilanka Kanakarathna)