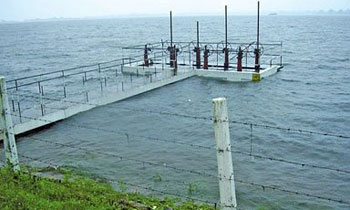 The Parakrama Samudra in Polonnaruwa reached spill level on the day before yesterday due to heavy rain experienced in the area.

He said the maximum capacity of the reservoir was 110,000 acre feet and that the spill gates would be opened when the water level reached 160,000 in the Maha season.

Jayasinghe pointed out that usually the water level in the reservoir would have dwindled to a great extent by March and April and that it was surprising the reservoir had reached spill level in March itself. (K.G.karunarathe)