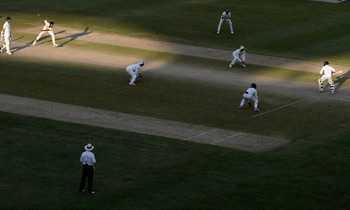 Pakistan and Sri Lanka have agreed to play a day and night Test match with pink ball in Dubai in the upcoming series between the two countries.

This will be Pakistan’s second day and night Test in Dubai as last year also they had played against the West Indies and won the encounter.

“The two cricket boards are still finalising the itinerary for the series of two Tests, five ODIs and three T20 matches. The Sri Lankans have requested the series to start earlier in late September instead of early October,” a source in the Pakistan Cricket Board (PCB) said. He added that the Sri Lankans are scheduled to tour India after the Pakistan series and that is why they wanted the series in UAE to start in late September.

The source said that itinerary for the series with Sri Lanka would be announced this week. “We had asked them to play a day and night Test and they have agreed because we both feel it is a good attempt to bring crowds to Test matches and add more colour to the format,” he said.

Pakistan had also played a day and night Test on its last tour to Australia last winter in Brisbane.(PTI)